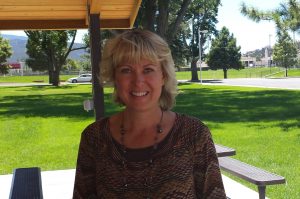 If, when you hear Christian music, you imagine boring, overly sentimental drivel, think again. Suzanne Hodson is fun, loving, and sincere, and Music From Suzanne is meaningful, upbeat, and uplifting. When asked why she writes songs, Suzanne says, “I do it to share the love, peace and joy of the Savior through music.” Suzanne’s belief is that songs that touch on the struggles we all deal with, and turn us to God for the answers, will bring that love, peace, and joy into our lives. Music From Suzanne has been featured on Sunday radio programs in the west since 2016, when Steven Kapp Perry, the host of FM100’s Sunday Sounds, heard her music and began playing it. Since then, she has been featured many times on “The Story Behind the Song” on Sunday Sounds, and also Sounds of Sunday. Suzanne began writing songs many years ago. It was a way to feel God’s direction in her life and bring healing from the pain and challenges life brings. Progress and success began when she started working with her producer, Becky Willard, who has become the voice behind most of Suzanne’s music. Together they have created some impactful songs that are touching lives.